The Little Potato Company has seen some huge increases in throughput and quality in the eighteen months since Haith helped to modernise the company’s Alberta factory.

The company was founded by CEO, Angela Santiago, and her father in 1996.

Angela and her team see themselves as stewards of the environment. They are focused on working with carefully selected farmers in both Canada and the US, who share their ethos. Together they ensure land is farmed responsibly and that they meet or exceed all of the guidelines and regulations of both the US Department of Agriculture and CanadaGAP™, which are among the highest standards for environmental management and food safety in the world.

The Little Potato Company’s relationship with Haith started in 2005, when Frank Santiago, Director of Capital Assets, was looking to improve the effectiveness and reliability of their washing and handling equipment.

“I was speaking to a gentleman named Jim Miller, explaining that we needed to develop a proper line for our small potatoes. He asked me to take a trip out to England with him so that he could introduce me to Haith. He’d been working with them for ages and only had good things to say about them. So that’s what I did. When I was over there, Chris Haith and Duane Hill took me to several factories and showed me their machinery in full swing. I was impressed!

“I was blown away by just how much they knew! They completely understood our needs and our business. They listened to what we wanted, and they assured us that they could deliver upon our request.”

“We used to feed our wash line with two box hydraulic tipplers, but they were problematic, very slow and required a lot of maintenance. We decided we needed to improve,” says Frank.

Duane recommended not only changing the box tippers but introducing a new de-stoner. 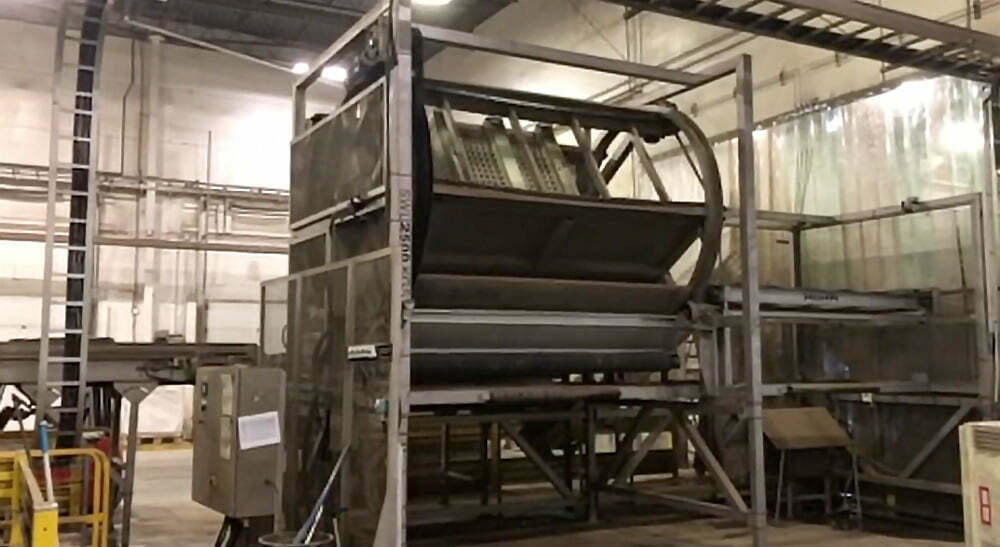 “The team at The Little Potato Company was relying on a pair of old hydraulic tippers. We recommended replacing those two machines with just one Haith Rota-Tip SE. We also recommended introducing a bag decanter to their set-up so they could handle bags as well as boxes. Finally, we suggested they move to one of our Supa-Flume De-Stoners, which they did,” says Duane.

Haith’s market-leading Rota-tip, (there are over 130 of them in use around the world), has a patented design and can handle up to 30 boxes per hour.

The Rota-tip SE handles two boxes at a time. Its innovative design sees it rotate around a centre pivot, which means the weight of the box is never lifted, and the machine is not put under any pressure, thereby eliminating fatigue or damage to the machine and the box. Haith has also incorporated a continental web on the machine, which forms a lid on the box as it rotated, to ensure the crop isn’t scuffed when it is transferred.

Supplied in stainless steel or painted steel, the Rota-tip SE is the original all-electric tippler, proven to be efficient and safe to use. By removing the hydraulics, Haith’s design team have ensured it handles produce safely and without risk of contamination. The tippler is also easy to use via an intuitive, programmable HMI control screen.

Haith recommended the Supa-Flume De-Stoner as it excels at separating small potatoes from similarly sized stones, which often have the same density as the crop.

Haith developed its first de-stoner in 1968, believed to be the first fluidised bed de-stoner on the market. Today’s Haith’s Supa-Flume De-Stoner can handle up to 20 tonnes of 10 to 45mm Creamer potatoes per hour. It also features heavy-duty rubber stone discharge belt, energy-efficient close-coupled pump and external bearings throughout.

A year and a half after Chris Haith commissioned the new in-feed system, The Little Potato Company is benefitting from the best of both worlds – increased efficiency and less costly downtime.

“Originally we were operating with two machines. Now we have just one box tippler running at twice the speed and it’s incredibly reliable, which is crucial as we’re running 19.5 hours a day, six days a week!”

“We have seen our throughput double from ten tonnes to 20 tonnes per hour, which is fantastic!”

“We receive excellent service from the team at Haith, they’re always there for us and are more of a partner than a vendor. Fifteen years ago, my friend Jim Miller didn’t hesitate to recommend Haith, and I’m the same today.”

To find out more about The Little Potato Company click here.