Innovative thinking and automation have helped a Welsh company become one of the greenest fresh produce suppliers in the UK.

In the last year, Puffin Produce has seen its water usage reduce by 90% and the electricity used to wash and polish its potatoes decrease by 40%!

The impressive savings are due to a radical restructuring of its Withybush factory, which has seen four production lines replaced with two state-of-the-art lines.

Puffin Produce, which is the largest supplier of Welsh produce in Wales, has worked with vegetable handling equipment specialists Haith since the early 2000s.

In 2016, Huw Thomas, Managing Director at Puffin, asked Haith’s Sales Director, Duane Hill, to look at how the company could reduce its impact on the environment. 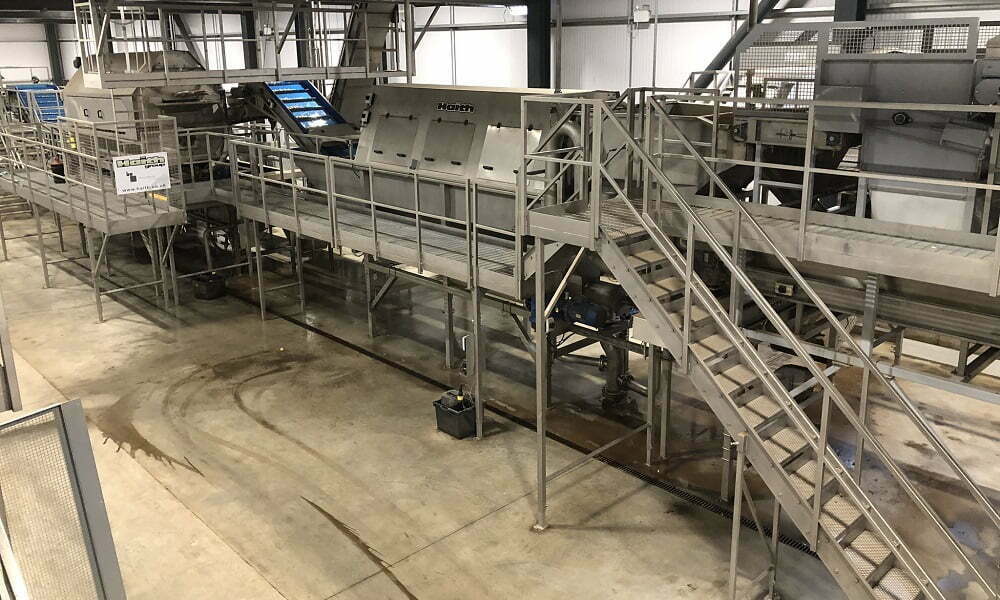 Like many of the challenges faced by Haith, the turnkey solution required the input of the company’s experienced design team and sales engineers.

“Since we installed the original lines back in 2010, we have invested significantly in research and development to make our machines the most efficient and cost-effective on the market,” says Duane. “The progress we have made in efficiency improvements allowed us to remove the four lines from Puffin’s factory and replace them with two, and doing so not only reduced their operating costs; it increased their throughput!” 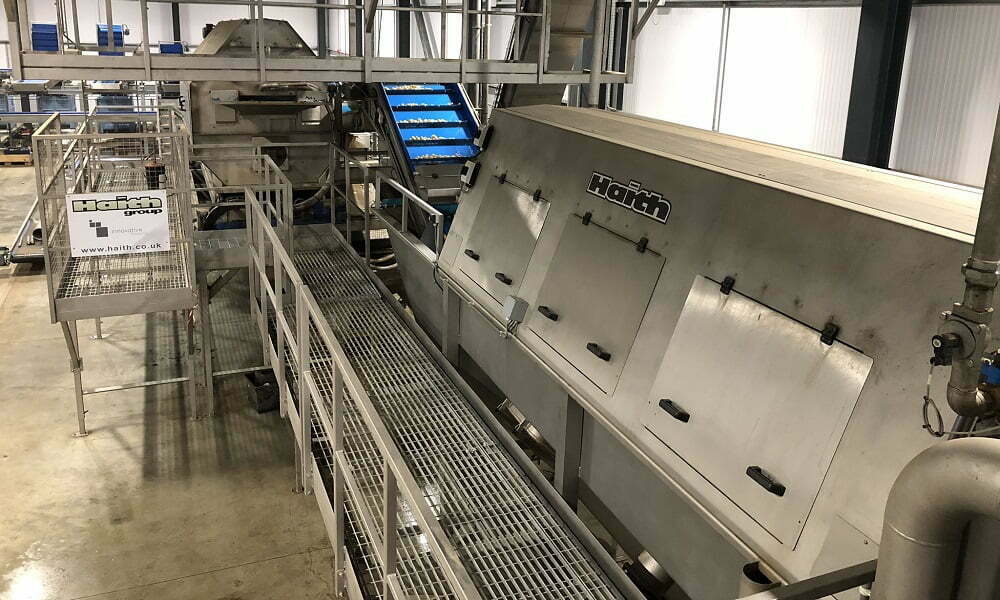 Everything on the new Haith lines is automated, from receiving and grading through to progress storage and packing.

Before the new lines were installed, none of the water used in the factory was recycled. All of the discharge water was removed from the site by tankers. Today, very little water leaves the site, and 90% of the water used to wash the produce is recycled. The remaining fraction has further treatment prior to discharge with the solids being incorporated into a dry cake that can be returned to land.

After being received and any stones removed, the crop enters Haith’s Self-Cleaning Washer, which features the company’s unique Clean-In-Place (CIP) functionality. This feature allows Puffin to programme when the washer is cleaned by a dosage system, which prevents bacteria from building up. Puffin can set the time at which the cleaning process takes place, at the end of a shift, for example. 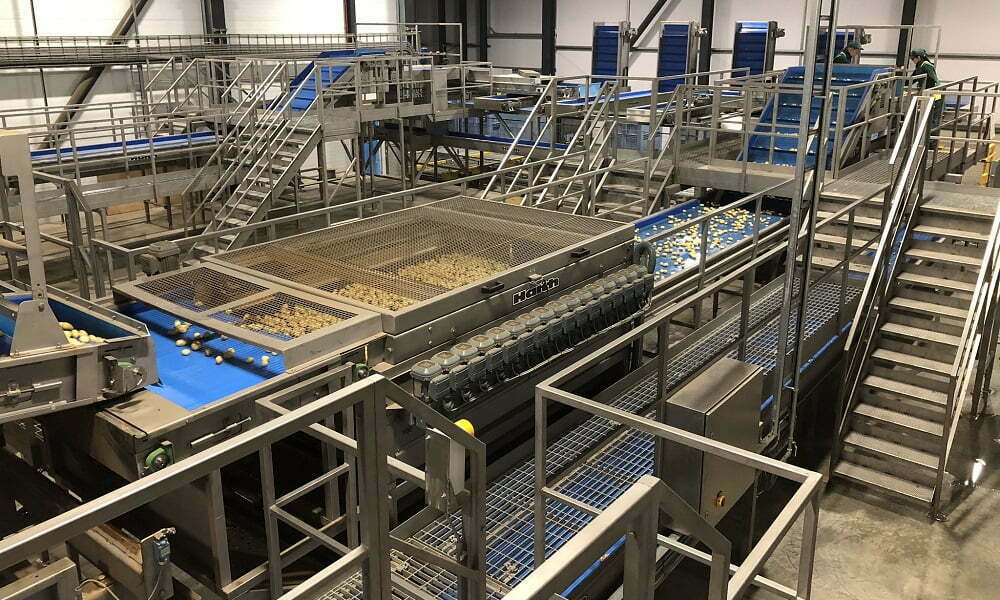 The Self-Cleaning Washer discharges the wastewater onto a course screen, which removes any large particles, skin, haulm and foreign objects. The wastewater is pumped to a finer screen, which sits above a balance tank, where a mixer keeps solid matter in suspension.

“We start the primary settlement process in the system by pumping the soil laden water through a serpentine flocculator” says Paul Ramplin, Technical Sales Manager, who oversaw the design of the water treatment system, this promotes agglomeration of the solids before they report into the Haith Lamella settlement tank.

The now flocculated solids accumulate at the bottom of the settlement tank, where and automatic monitoring system starts a slurry removal pump at predetermined setpoints. The slurry is pumped from the Haith Lamella into a storage tank that is continuously mixed to keep the slurry in suspension. A pressure pump feed the concentrated sludge to a multi-chamber filter press, this is where dewatering accrues and creates a dry soil cake, this can now be returned to land in a more manageable form. 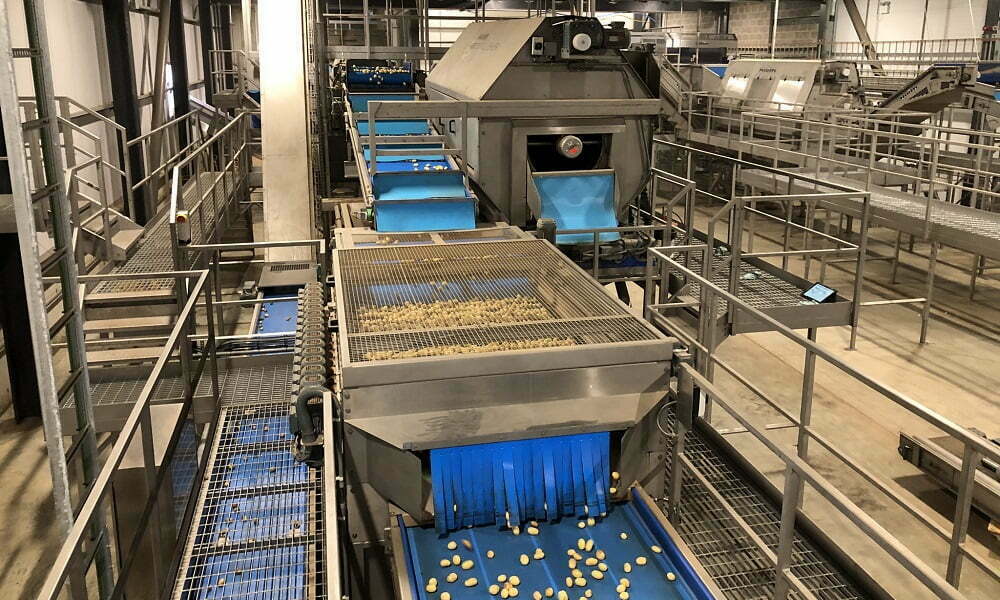 All of the treated water from the lamella tank is returned to Haith’s washers. The 10% of water that cannot be recycled passes through a final biological treatment process before being discharged into the natural watercourse. Haith also aided Puffin by designing all the drainage and the recycled water pumping system to and from the factory.

“I think it is fair to say that Puffin has one of the most advanced potato process systems in the UK,” continues Duane. “And by including all-electric drives and IE3 motors on the Rota-Tip TE box tippers, the Supa-Flume de-stoner and polishers, we have reduced Puffin’s electricity usage too. At the same time, thanks to how we have developed and improved the efficiencies of our machines, we have also given Puffin the ability to increase throughput by over 10 tonnes per hour.”

Huw Thomas, managing director at Puffin, is delighted with how Haith’s new line has transformed operations. “Improving the efficiency of a factory while at the same time lowering operating costs and reducing the impact on the environment is something a lot of businesses are trying to achieve. At Puffin Produce, though, thanks to our close working relationship with Haith and their talented team, we have been able to achieve that. It is fantastic that we can operate more efficiently, have the capacity to handle even more produce in the future and can lower both our utility costs and impact on the environment.”

To find out more about Puffin Produce click here.